Looking for a great read and lively discussion, something engaging and informative?

Come to “Booked for Lunch” A History Reading Group! 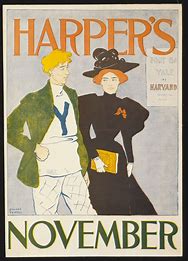 About three times a year, the Wilton Historical Society hosts a lunchtime book discussion that focuses on a non-fiction work of history. Over time, book topics have ranged from the story of the Dutch influence on Manhattan’s culture and character; the life and times of the famous Adams sisters; and the Japanese interment camps during WWII. Recently we have added Zoom to some Booked for Lunch discussions, welcoming the author to the table to talk about their work and answer questions. A 2020 participant was the journalist Elaine Weiss, who provided fascinating insight into the writing and research for “The Woman’s Hour: The Great Fight to Win the Vote”.

Participants bring a brown bag lunch, the Society provides a beverage and dessert.

The next Booked for Lunch, we’ll be reading Free the Beaches The Story of Ned Coll and the Battle for America’s Most Exclusive Shoreline by Andrew Kahrl. Click here for more information.

Past Booked for Lunch Title Selections:

January 28: Yale Needs Women: How the First Group of Girls Rewrote the Rules of an Ivy League Giant by Anne Gardiner Perkins

June 3: The Agitators: Three Friends Who Fought for Abolition and Women’s Rights by Dorothy Wickenden

October 28: The Ghosts of Eden Park: The Bootleg King, the Women Who Pursued Him, and the Murder That Shocked Jazz-Age America by Karen Abbott

February 13: The Woman Who Smashed Codes: A True Story of Love, Spies and the Unlikely Heroine Who Outwitted America’s Enemies by Jason Fagone

April 30: The Woman’s Hour: The Great Fight to Win the Vote by Elaine Weiss

January 31:  Sisters in Law: How Sandra Day O’Connor and Ruth Bader Ginsburg Went to the Supreme Court and Changed the World by Linda Hirshman

June 20: Seneca Falls and the Origins of the Women’s Civil Rights Movement by Sally McMillen

October 24: Bringing Down the Colonel: A Sex Scandal of the Gilded Age, and the “Powerless” Woman Who Took On Washington by Patricia Miller

June 7: Short Nights of the Shadow Catcher: The Epic Life and Immortal Photographs of Edward Curtis by Timothy Egan

September 12:  The Island at the Center of the World: The Epic Story of Dutch Manhattan and the Forgotten Colony That Shaped America by Russell Shorto

June 10:  Book of Ages: The Life and Opinions of Jane Franklin by Jill Lepore

September 23:  Dear Abigail: The Intimate Lives and Revolutionary Ideas of Abigail Adams and Her Two Remarkable Sisters by Diane Jacobs