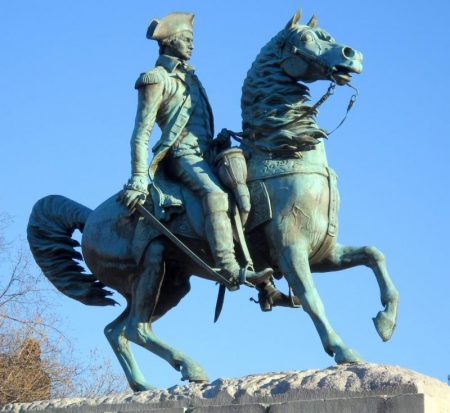 “Thomas Jefferson once referred to George Washington as “the best horseman of his age, and the most graceful figure that could be seen on horseback.” This assertion was supported by Washington’s friend, the Marquis de Chastellux, a French national who came to know Washington during the Revolution. Chastellux observed that Washington “is a very excellent and bold horseman, leaping the highest fences, and going extremely quick, without standing upon his stirrups, bearing on the bridle, or letting his horse run wild.”

Both as a Virginia planter and as a military man, Washington had innumerable opportunities to perfect his horsemanship. Of the many horses that Washington owned, one of his favorites was a horse he called “Nelson,” who is said to have “carried the General almost always during the war [American Revolution].” Described as a “splendid charger,” the animal stood sixteen hands high, and was a light sorrel or chestnut (reddish-brown) in color, with white face and legs. 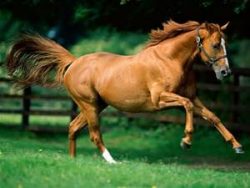 The horse who would become known as Nelson was born around 1763 and would have been a mature fifteen years old by the time he and George Washington met. In 1778, Thomas Nelson of Virginia, learned that Washington was having trouble finding a replacement for a horse he had been riding. As a result, Nelson sent the horse to General Washington in New York as a gift. Washington, in turn, then named the horse for his generous friend.

One contemporary explained that Washington preferred to ride Nelson during the war over his other horse, Blueskin, because Nelson was less skittish during cannon fire and the startling sounds of battle. In addition, Washington chose to ride Nelson on the day the British army under the direction of Lord Cornwallis surrendered at Yorktown, Virginia in 1781. 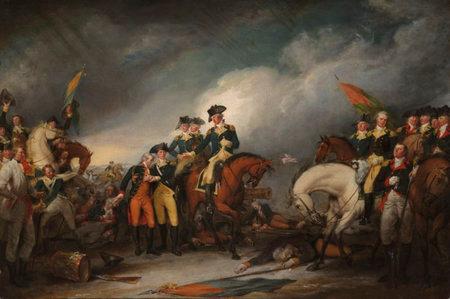 In the painting above, is George Washington riding Nelson?

Four years later after returning to civilian life, Washington made a list of the livestock living at the Mount Vernon plantation. In this document, Washington described Nelson as a “Riding Horse,” though he appears to have been harkening back to the aging animal’s previous service. According to two sources, Nelson was no longer ridden after the war, but lived out his days at the stable and paddock at the Mansion House Farm as something of a pampered celebrity. Only two years after the close of the war, a foreign visitor commented that Nelson and Blueskin “feed away at their ease for their past services.” 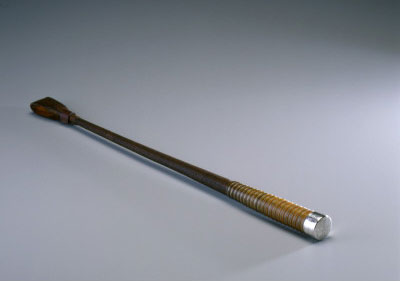 Washington’s affection for the horse was reciprocated. It was reported that George Washington would walk around the grounds of the estate, where he would stop at Nelson’s paddock, “when the old war-horse would run, neighing, to the fence, proud to be caressed by the great master’s hands.” Nelson died at Mount Vernon “many years after the Revolution, at a very advanced age.” His death was reported to George Washington during the Christmas season of 1790, when the old horse would have been twenty-seven years old.”

The article above was written by
Mary V. Thompson, Research Historian, and can be found on the Mount Vernon Estate and Gardens website. To learn more about George Washington and the details of his life at Mount Vernon, click here . . .

The number of hooves lifted into the air on equestrian statues reveals how the riders died.

Folk wisdom has it that equestrian statues contain a code whereby the rider’s fate can be determined by noting how many hooves the horse has raised. 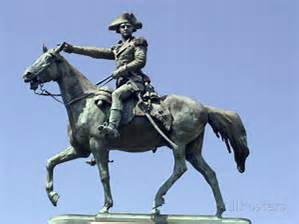 The most common theory has it that if one hoof is raised, the rider was wounded in battle (possibly dying of those wounds later but not necessarily so); 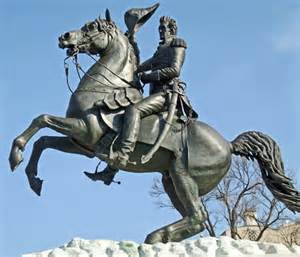 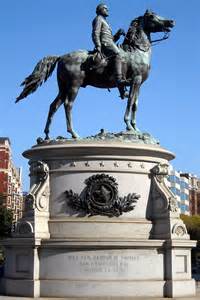 all four hooves on the ground, the rider survived all battles unharmed.

Click here to read more of this Snopes.com article, and discover which of these statues obey the (false) rule!